Awareness is so important, and we should offer help and empathy, not stigma and judgment.

Nancy Pace Coker is one of countless people who have experienced the pain of losing a child to drug abuse, specifically to opioids. And though it’s been seven years since her son’s death from a drug overdose, Nancy still finds solace in continuing his legacy with annual mission trips to Haiti. This is Nancy’s story…

Austin is my favorite subject — I can talk about him all day.

As an only child, he relished in independence, and experienced tragedy at an early age when his father died when Austin was 5 years old. Although it affected him throughout his life, he eventually overcame it and led an amazing life that, although short, was lived to the fullest. With his passionate nature and vast vocabulary as a child, I always thought he would become a lawyer; he had the gift of gab and was an excellent negotiator.

Austin loved people, and since he didn’t have siblings, his friends were very important to him and considered family. He was also a champion of the underdog; in middle school, he stood up for a shy boy being bullied. The two became fast friends and remained close throughout their lives. That’s the kind of person Austin was.

I was raised Presbyterian, and Austin and I attended church together. He loved the youth group — he really loved everything about church. One Sunday during the sermon, our pastor encouraged everyone to get a study Bible because it would be very helpful in guiding one’s spiritual journey. Austin wanted to go to the Christian bookstore right after church to purchase his study Bible, but it wasn’t open on Sundays, so he was disappointed that he couldn’t get it that day. That’s the kind of passion he had for things. It was through our church that Austin found his passion for mission work.

Our church made annual medical mission trips to Haiti, and once he turned 16, Austin was eager to join the missionary group’s next quest. That was right after the disastrous earthquake in Haiti in 2010. Our church visited a couple orphanages, and children and families would come to the medical clinic. The following year, he made another trip to Haiti and loved it just as much. After he died, I started thinking about going there to see and experience what it was that he cared for so much. So I did. I went with my church about a year and a half after Austin died, and since then I’ve been making yearly trips to Haiti and I’m very involved in a ministry there. This is how I honor his memory; he’s the one that first stepped out in faith, and now I have found love for Haiti that was based on his love for Haiti.

Austin’s death was sudden and shocking, to say the least. He was living at home during his sophomore year at Kennesaw State University, and I knew something was wrong — he wasn’t himself and just seemed off. My suspicions further resonated when he didn’t go to church one Sunday, which was very unlike him.

When I got home from church that day, I went to his room and he was still lying in bed. I asked him, “Austin, what is wrong with you?” He immediately started crying as he showed me his arm, scarred with needle marks. In that moment, our shared devastation manifested differently: Austin, full of shame to reveal his deepest, darkest secret; and me, completely lost by hearing that my only child was addicted to heroin.

This was completely foreign to me. I was unfamiliar with problems with drugs or addiction. I grew up with no firsthand knowledge of drugs, and as far as I knew, so did Austin. I was taken aback because we had always talked about things like drugs that can hurt young people. And he always said — and I always believed him — “Mom, I’m not going to do that.” I believed that and I think he believed that too, until it wasn’t true.

Austin wanted to get help, but he didn’t want to go to rehab because he didn’t want people to know and possibly cause our family embarrassment. I had no clue how to approach this, so I confided in my pastor, whom I’m very close to. He got me in touch with a counselor, who was a recovering addict. After much discussion and prayer, the counselor suggested outpatient treatment and referred us to a doctor who could prescribe Austin medication to help with withdrawals. We made an appointment for the following week. Austin never made it to that appointment.

After the counselor’s visit, Austin was determined to quit cold turkey. For that week, he was completely accounted for — he had no visitors or much interaction with friends. He was trying very hard to stay away from drugs. That weekend, however, he wanted to get out of the house, and I agreed because he was going with people he trusted. He went out for a while and came home early that evening. As far as I knew, everything was fine.

The next day, Saturday, I left the house early to run errands for Christmas and then I went to a get-together that afternoon. Austin had not come downstairs when I left, so I assumed he was asleep. When I came home that afternoon, and he still hadn’t come downstairs, I went up to check on him, and he was dead.

We never made it to the doctor’s appointment that was scheduled the following week. What I surmised it that the withdrawal was so painful that he took drugs — and doing that after having none was too much for his body.

Part of my struggle with myself is that I didn’t feel like I got him the help that he needed — I didn’t even feel like I had enough time to turn this around; it all just felt so foreign. The thought hadn’t even entered my mind that Austin could die before he got help. I would have done what any parent would do — I would move heaven and Earth to save my child.

Since his death, several of his friends have been to rehab or openly expressed their struggles with addiction. I’ve met so many parents who have lost their children, especially since the introduction of fentanyl. It’s horrifying how many people I now know that have been impacted by opioid addiction. When this happened to Austin almost a decade ago, the concern about opioids wasn’t as prevalent.

At the end of the day, I never want anyone to think differently about Austin — he was an loving, caring, altruistic and gentle soul, and I never want him to be stigmatized or judged because of this tragedy. In sharing my story, I hope to raise awareness so other parents can know more than I did so that more young people can be saved and get past their addictions. Awareness is so important, and we should offer help and empathy, not stigma and judgment. 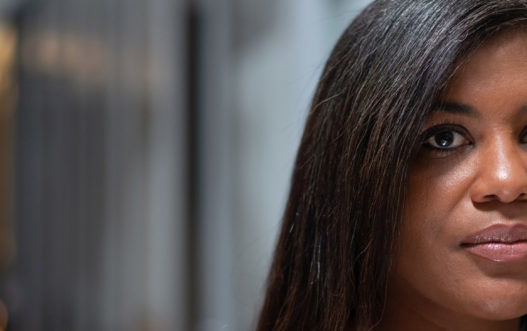 Amol Soin, MD, One Of The Nation’s Leading…

March is National Autoimmune Disease month and as we are fighting an “invisible epidemic”, it is a great time to bring awareness. Approximately 23.5 million Americans are affected across the country, according to the NIH.⁣

Best wishes of good health and safety in the days and weeks ahead to all of followers, friends and family.⁣