"It’s had more of an impact on my family than I could have ever imagined..."

I have a younger sister, Rebecca, who has an opioid addiction, and to be honest it’s had more of an impact on my family than I could have ever imagined.

From family members who want to remain loyal to others who may disapprove of the course of action taken, the situation leaves us in a constant state of chaos and fear of the unknown. Across the board, the addict is hurt and so is everybody involved. It’s ripped my family apart and has put us in a position where we’re trying to pick up the pieces. It’s awful.

The cause and effect of opioid addiction was something I could have never anticipated. You have enabling family members and friends; they want to support the addict, but don’t know how to do so in a healthy way. You have loved-ones trying to access resources such as Al-Anon, counseling, things of that nature, and then you have family members that disagree with how the situation is being handled. It pretty much runs the gamut on both ends of the spectrum.

The irony is, my sister’s biggest enabler is my mother, a recovering addict who is six years sober. My mother religiously attends meetings and knows the 12-step program front and back—but she also gives Rebecca money, a place to stay rent-free and rides wherever she wants. I do have a relationship with my mother, but we have an agreement not to discuss my sister or her situation with each other or among family.

My sister’s addiction didn’t start from a prescription for Vicodin or Percocet—it stemmed from a medical condition that was causing her a ton of pain. Before becoming addicted to heroin, was a recreational user of street drugs; her drug of choice was marijuana. She was actually a manager of a dispensary and was pretty familiar with all types of various street drugs. She did dabble in other illegal substances; she tried cocaine, she tried acid, and she had probably popped pills recreationally, but it was her medical condition that got her to try heroin for the first time.

Rebecca had tried using the marijuana to self-medicate, but the pain was just too intense. The heartbreaking thing is that she was well aware that she had a problem she wasn’t strong enough to overcome. She would say it all the time, “I don’t want to do this; I don’t want to use heroin, but it’s the only thing I can do to manage my pain.” She subsequently lost her house, jobs, and alienated all kinds of friends and family.

Doctors eventually fixed the medical issue causing my sister’s pain, but it was too late. She had become the typical heroin user—shooting up in any vein she could find, including between her toes and in her neck. She actually caught a staph infection and almost died from shooting up the carotid artery in her neck.

The frustrating thing is that she resides in New Mexico and was approved for the state Medicaid program, so if she had been able to get the medical attention that she needed, it would never have escalated to a point where she would have even needed opioids.

The problem with heroin is that most addicted individuals need a 30-, 60-, or 90-day in-patient program to kick the drug, and many in-patient rehab facilities do not accept Medicaid programs. My sister did try to get into Medicaid’s in-patient rehab facilities, but all they offered were 10-day and 12-day stints—nothing close to what medical professionals say is actually needed to successfully recover from the addiction.

When we were kids growing up, my sister was always a dreamer with big ideas, and she marched to the beat of her own drum. I’m not sure where she is now in her addiction and possible recovery—I am one of the family members that cut her off. As painful as it was to sever the relationship, it’s a boundary that I had to establish in order to keep my mental and emotional state in a healthy place.

I recently saw a picture of her on social media and I hope that the fact that’s she’s picked up some weight is a sign that she is in recovery. But I can’t say for sure. Last I heard she was trying to get into a 90-day program, and for her sake, I can only hope and pray that she followed through. 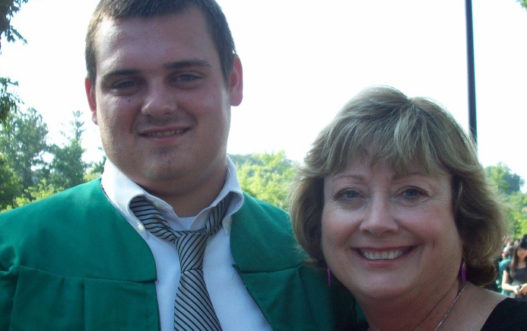